How to stay inspired while working from home

I love lists. I love making lists, and I love reading lists. Every year around this time I get suckered into reading every article that details the 10 best movies, the 50 best albums, the best TV shows, and on and on and on. These lists are essentially just fuel to my procrastination fire, but they also allow me to stop and take a look back at the year that was. And, folks, the year that was 2020 was a pure, unadulterated, clusterf**k of never-before-seen FUBAR magnitude (it was BAD!).

Adding to the misery was learning how to be productive from my kitchen counter while the wife usurped my reign of the home office. Headphones, nor years of learning how to ignore people by riding MUNI, were enough to drown out the constant demands from my children. Yet, somehow, we made it work.

Once the boys were allowed to go back to school my wife setup a new workstation in the living room, reconstituting one of the desks we had purchased for home learning. I was finally allowed to move back into my office, and I will never take having my own space for granted again.

Surround yourself with what inspires you

Everyone has a method to their creative madness. Some thrive on collaboration. Others are able to put on AirPods and hammer out design after design. My own personal recipe for success includes:

With inspiration in mind, I decided not to gift you a list with my own take on pop culture, but rather a list of objects found in my office that help me work. Not my MacBook Pro, or my Field Notes sketchbooks, no. These items are physical manifestations of my psyche that I have scattered around my office. They not only make my space more comfortable, they remind me of where I’ve been and where I’m headed, and most importantly, they offer inspiration when that precious commodity is hard to come by.

And now, I now present you with Hoerl Design’s Top Ten Inspirational Items of 2020. 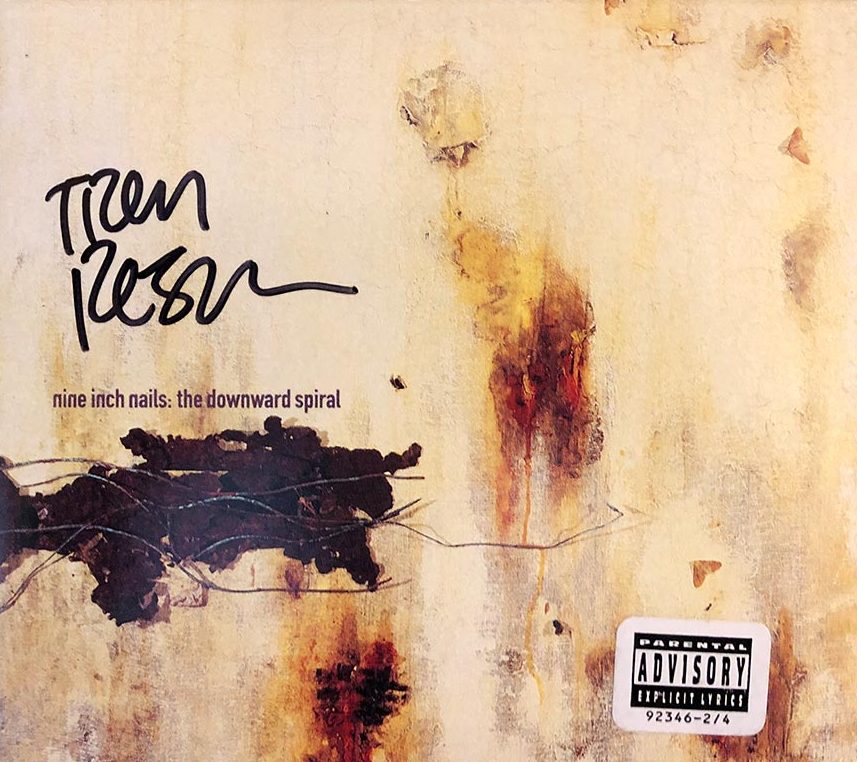 1. Autographed Copy of The Downward Spiral 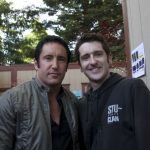 Apologies in advance for the low-key humble brag, but I had the opportunity to meet my idol, Trent Reznor, back in 2009. After having worshipped at the man’s creative altar for about 15 years I was not only able to document the experience by taking photos with him and the rest of the band, I was also able to have my very first copy of The Downward Spiral autographed by the Rock N Roll Hall of Famer himself. The band’s merger of photography, art and design (fueled by the likes of David Carson and Rob Sheridan), played a key role in my design education. 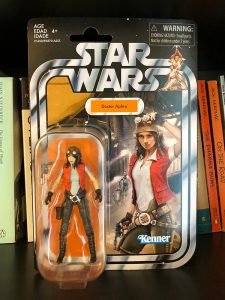 Once the Mouse House started pumping out new Stars Wars content, the floodgates opened and new stories appeared on both big and small screens, and in print. Unsurprisingly, the work explored characters that were well-known and adored. Surprisingly, something happened in 2015’s Darth Vader #3: a foil to Vader and breath of fresh air, archeologist Chelli Lona Aphra. The first non-original canon character to be given her own run of comics, Aphra is an endearingly messy figure whose morals and shipmates are questionable (Two known associates are the hellish R2-D2 and Threepio knockoffs known as BT-1 and Triple Zero – two MURDER DROIDS).

Hoping to someday see this character on screen someday, I was excited when this Vintage Collection action figure was released. Here it sits on my shelf next to two other adventurers: John Steinbeck and Jack Kerouac. I didn’t realize it at the time, but action figure card backs, whether it was Star Wars or G.I Joe, had a profound effect on me as a kid. To me, they were works of art in their own right, and I cherished how pristine an unopened package was.

Described on Amazon as “A new expression of Carson’s famously original way of seeing, ‘fotografiks’ are curiously fleeting images that seem to have been lifted out of their mundane context and abstracted to another realm.” Fotografiks is a book that helped me understand that a change in perspective, or the juxtaposition of two unlikely ideas, can lead to wonderful and exciting things. 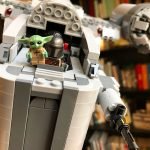 LEGO kits, along with puzzles and video games, are one of the ways I like to wind down. The Mandalorian’s Razor Crest ship, featuring Mando and Grogu minifigs, was not a long build, but the details and construction were beautiful to discover as I pieced it together.

LEGO builds, to me, are like coding. Everything either comes together perfectly and it works, or it doesn’t. Although every now again, something is missing and you have to go to your drawer of spare parts to make it work.

5. The Four Fires “It” Inspired Print 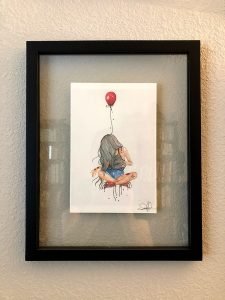 Cecily Furlong aka The Four Fires aka Art Daddy creates work that pushes boundaries, stimulates the senses, and speaks her truth. When she illustrated this “It” inspired piece, I knew I had to make room on my wall. 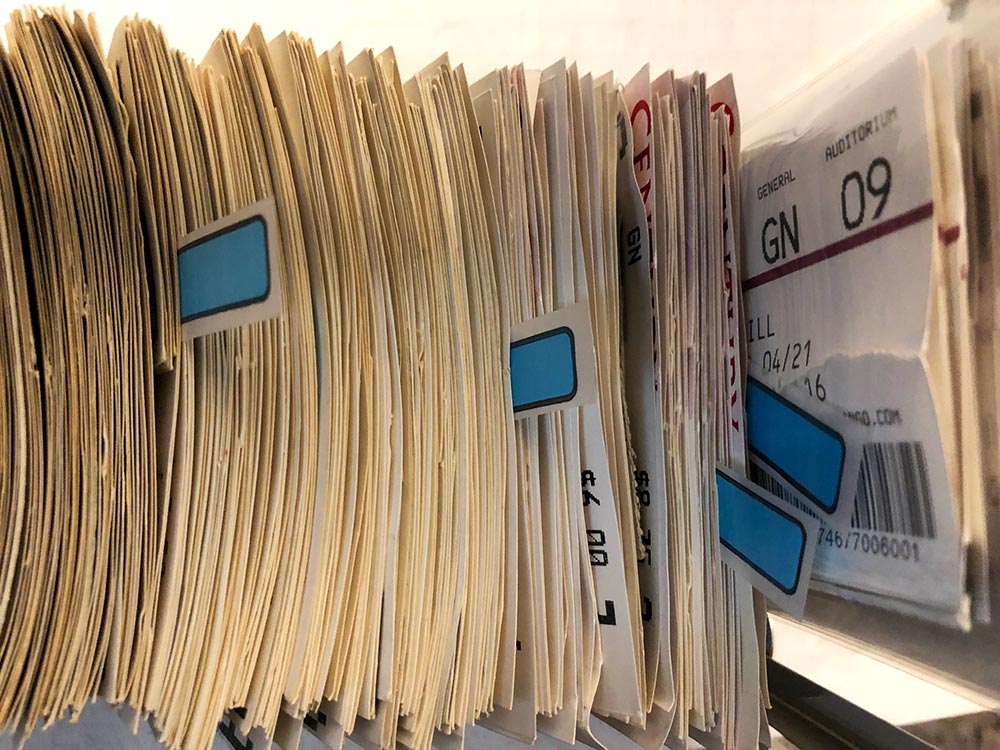 I started collecting ticket stubs back in the fourth grade after being moved by a scene in Throw Momma From the Train. The scene in question features Danny DeVito’s character showing off his coin collection, while recalling a memory from each coin. Much like that character I can look at one of my stubs and tell you who I watched the movie with. My collection sits in a few containers on my bookshelf, and encompasses tickets from movies, Kings games, concerts, and even random attractions like Alcatraz. 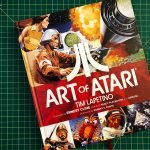 This book really takes me back. I was just a tyke when my older brothers helped usher the family into the home console era, but I vividly remember being drawn to the box art whenever we would see it on display at a retailer. The Art of Atari by Tim Lapetino is a beautiful hardcover book which celebrates the incredible artwork created for each title.

I’ve often told how The Tree of Life by Terrence Malick moves me in a way that no other movie ever has. Exploring themes of nature and grace through the eyes of a young boy, it hits pretty close to home. The Creation sequence alone is jaw-droppingly beautiful, but it is the scenes of ordinary life, as captured by Malick and cinematographer Emmanuel “Chivo” Lubezki, that force you to revel in the beauty of life, family, parenthood, and death. 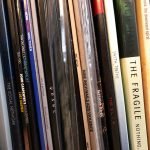 Some of my fondest memories as a kid are of being in my room, stereo blasting, while I pour over the liner notes from a cassette tape, and then later the box art and booklet from a CD. When digital music became integrated into everyday life, music became less special to me. That connection between what we hear and the presentation was lacking. I’m not a vinyl snob, and I still listed to digital music, but collecting vinyl has been a way to once again appreciate the art that accompanies the music.

These photos had to be 1996 or 1997. It was Halloween and my buddy Ryan and I decided to pay homage to the Beastie Boys as seen in Sabotage. We crafted fake sideburns and mustaches out of really thick felt and Ryan made badges that gave us a license to ill. Unfortunately, Ryan thought the lyric “I can’t stand it, I know you planned it” was “Can’t stand it…we’re on your planet.” A simple reminder to enjoy life, cherish friends, and wear costumes whenever you can.

Of course, the items listed above are only a small sample of what you might find when you visit my office. What do you have in your office that inspires you?

Hoerl Design of West Sacramento has been serving the graphic design needs of Sacramento, Northern California, and beyond, since 2007. We specialize in brand development, logo design, print design, and website design, and are here to help you craft an unforgettable user experience for your clients.